Posted by admin on Thursday, May 21st, 2020 in Blog, Uncategorized
no Comment. 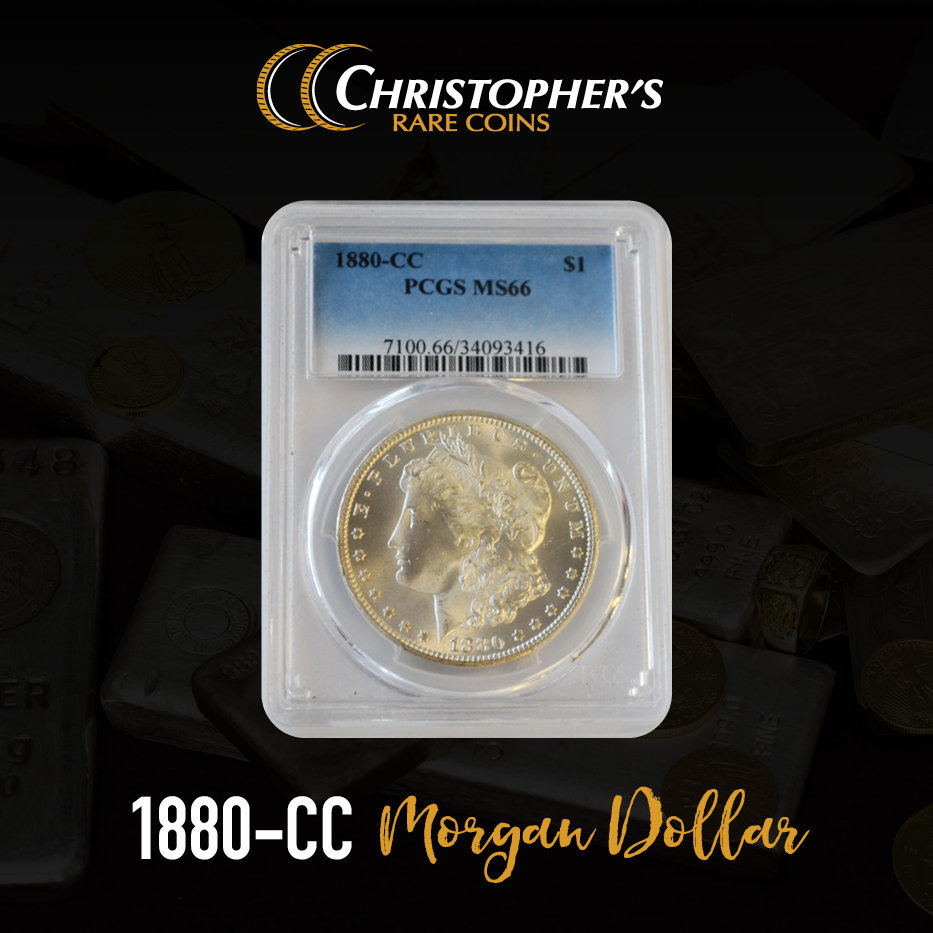 Designed by George T. Morgan, formerly a pupil of William Wyon in the Royal Mint in London, this coin ran from 1878 through 1921 with no coins being minted from 1905 through 1920. The coinage of the silver dollar was suspended after 1904 when the demand was low and the bullion supply became exhausted. Under the provisions of the Pittman Act of 1918 over 270 million silver dollars were melted and later in 1921 coinage of the silver dollar was resumed. These coins were minted in Philadelphia, New Orleans, Carson City, Denver, and San Francisco mints. This coin is graded by PCGS as an MS66, which has only 173 coins out of the 495,00 minted that are in better condition, and is worth $1560.